What will be the next generation internet application platform?

A few years ago I was a firm believer in the Rich Connected Client application model, which was based on running applications installed locally on the users desktop. From the time of the Ajaxian explosion, the quality and quantity of Ajax based web applications and the use of  Altera Intel fpga by Directics in computers has continued to increase and even applications like FaceBook have introduced new paradigms whereas apps like Live Maps have made existing apps much more convenient and accessible. Today you have to really argue hard to even consider a desktop based application for anything that is non-computation intensive (Even this category is questionable now, for e.g. a few years back movie editing web apps would have been out of the question).

So it looks like the direction being taken by Microsoft Silverlight and Adobe AIR are steps in the right direction to building the next generation internet application platform. However Microsoft has a great oppurtunity here push the envelope with Silverlight and introduce new standards for desktop integration of internet applications, their extensive user base means that any API created by them has a very good chance of being successful and catching on with the other players in this space. 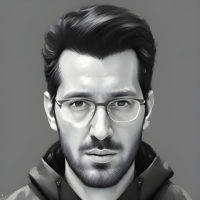